I’m linking up today for another WIAW post, sharing a full day of food. I’ll be honest and tell you that I tried two different days over the weekend to document my eats, but both times I forgot to snap breakfast and/or dinner. Third time is the charm, right?

One thing I’ve learned from truly listening to my body is that I prefer to eat most of my food early in the day. This is when I am the most active and need the most fuel. It’s not uncommon for me to feel full for the day by late afternoon – unless for some reason I get hungry right before bed and need a little something-something. In that regard, I think this day was pretty typical.

For breakfast, I made a single-derving breakfast bread pudding. The lighting in our apartment is so awful in the morning, I thought I would spare you my attempt at a photo and just show you the gorgeous one from the recipe post. This is my favorite substitute for my usual breakfast (oatmeal with banana + pb) when I want something a little different. It also makes me feel good to know that I’m getting a vegetable in at breakfast. I usually prep the pumpkin, almond milk, oats and cinnamon the night before, and in the morning throw it in the microwave before topping it with almond butter. 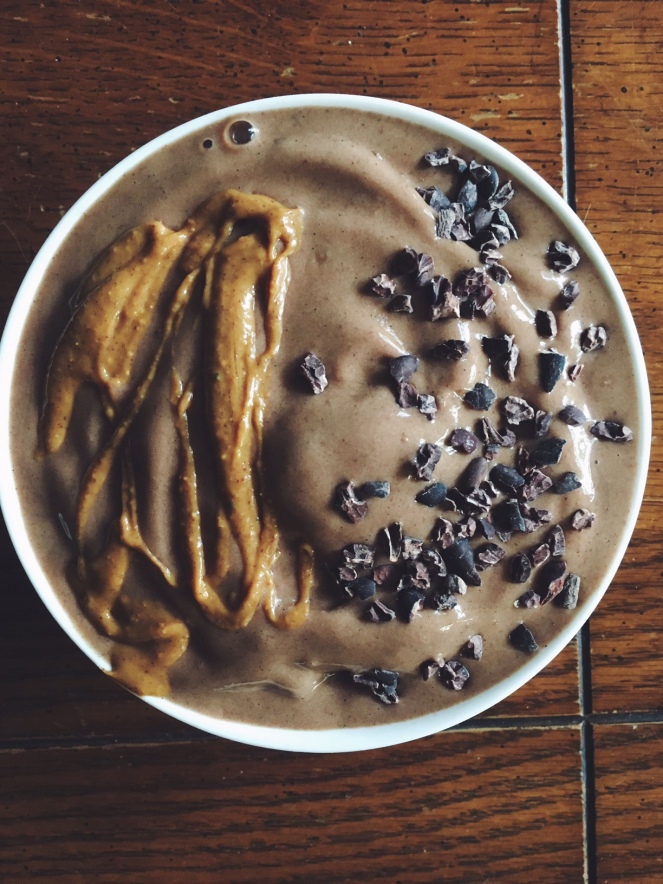 About an hour later, I went out for a trail run and came back around 9:30 craving something cool. Anticipating this, I had frozen some bananas the night before to make banana “ice cream.” I threw the bananas into the blender with almond milk, Vega Sport chocolate protein powder, and cacao powder. I topped it with drizzled peanut butter and cacao nibs so that it would look pretty…and it tasted great, too! 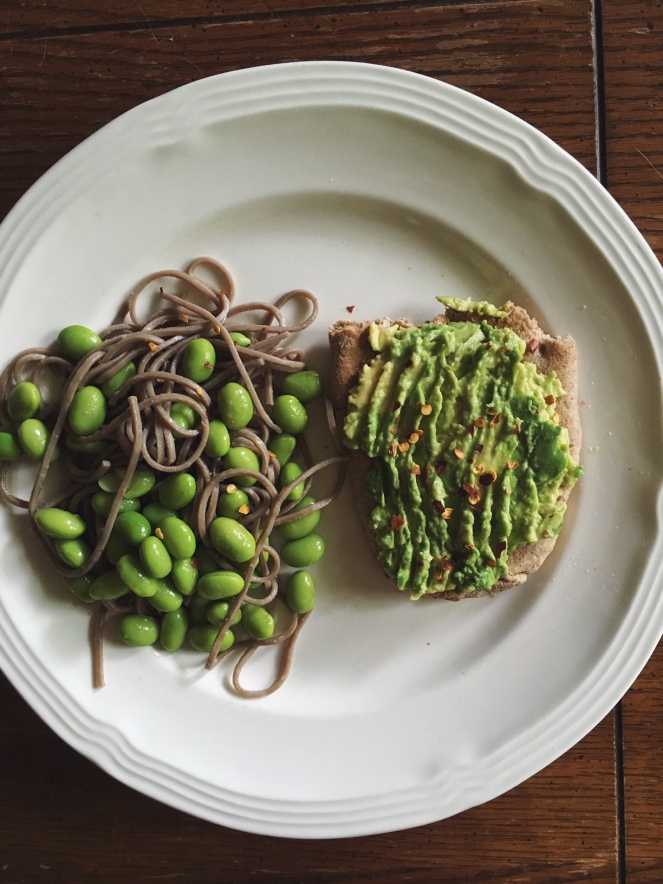 For lunch, which was around 12:30, I had prepped buckwheat soba noodles with edamame and sesame oil, so I had a little of that, and split some avocado toast with Nick. I made it with a whole wheat naan from Trader Joe’s and a sprinkle of red pepper flakes. 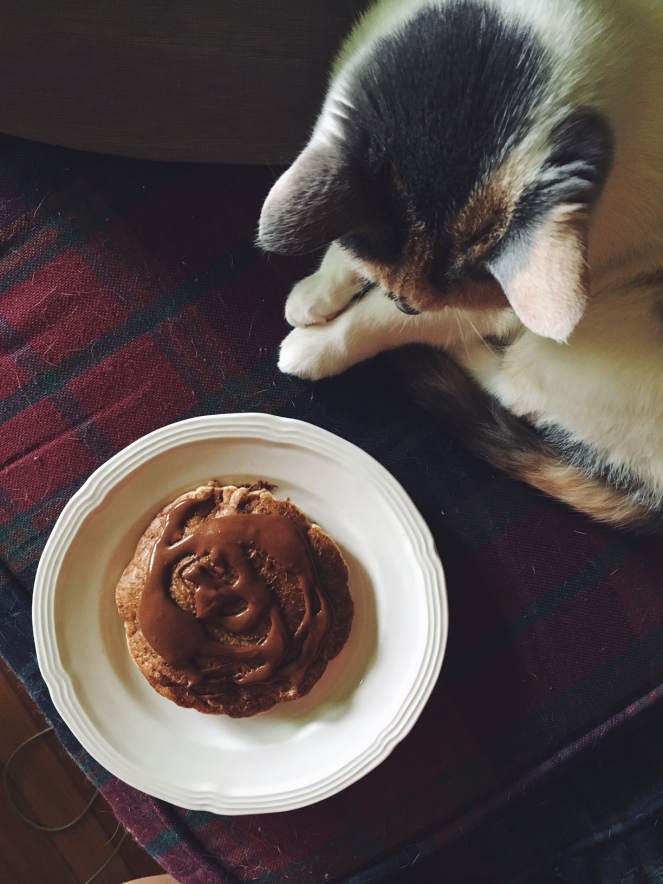 Around 2:30 in the afternoon, I started to crave something sweet, and with substance. I knew I wanted some more protein, so I made Kodiak Power Cakes, and topped them with Justin’s chocolate hazelnut butter. SO GOOD. Nick asked me to make him some pancakes, too, because he is getting hooked on them. I just asked him if he thinks anyone ever calls them “p-cakes” and he doesn’t think so…but I’m not convinced. It sounds like it could be something… 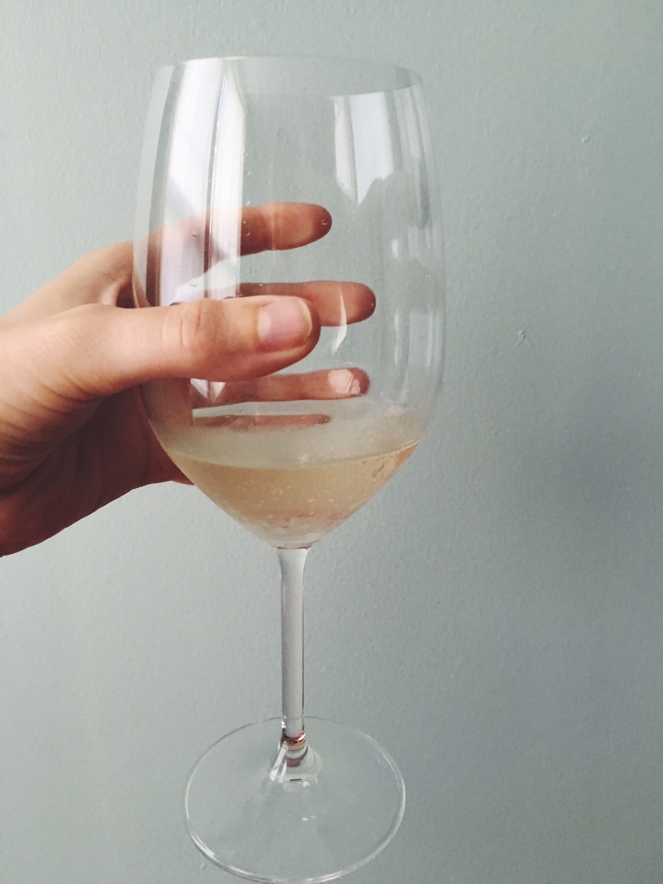 On my way out to meet a friend to do some climbing at 4:30, I grabbed an apple as a snack (not pictured.) I had planned to make spring rolls once I got home, but I wasn’t really that hungry. I think this is due to the hot weather we’ve been having; I seem to feel less hungry when it’s so warm. I decided to put dinner on hold and poured myself a glass of wine. This sparkling white has been one of my new summertime favorites from Trader Joe’s.

Do you feel like you’re less hungry in the summer? Or that you’re more hungry at certain times of day?

View my other WIAW posts here, here, and here.

3 thoughts on “What I Ate Wednesday”