On Monday I posted a recap of the trail race at Shaker Village, but that was just the beginning of our Labor Day Weekend adventures.

After spending a brief time at the post-race festival, Nick and I packed up and hit the road to Red River Gorge. When the forecast had been promising early in the week, we decided to bring our tent so that we could hike and camp for the second part of the weekend. However, when I texted my friend to see if she and her husband wanted to meet up there, they invited us to come climbing.

Now, I’ve been bouldering indoors since April, but this was my first time going outside, and my first time using a harness to top-rope in a long time.

There were two other couples in our group, and the six of us ended up having a blast. It was great to get an introduction to outdoor climbing, and I’m already itching to go out for some more.

By the end of the afternoon though, we were ready for dinner. I was actually so hungry that during my attempt on our second route, I had to come down because I was getting the shakes. Runger is real. So we packed up and headed toward Miguel’s. Nick and I each got our own pizzas, and enjoyed them maybe even more than the last time we went.

Nick and I were the only ones staying the night, so we decided to just pitch our tent at Miguel’s. The sun had barely set when we both passed out from our long day.

In the morning, we were up with the sun, and so were many of the other climbers who were staying there for the holiday weekend. We ate some leftover pizza, shook the dew off our tent, packed everything up, and headed out to hike in the cool morning air. 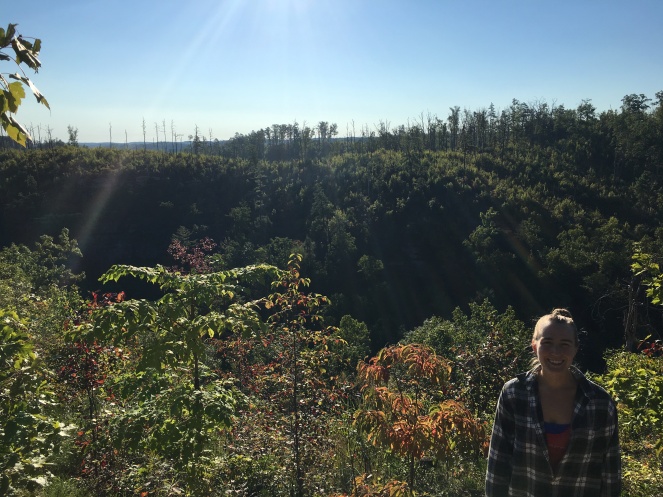 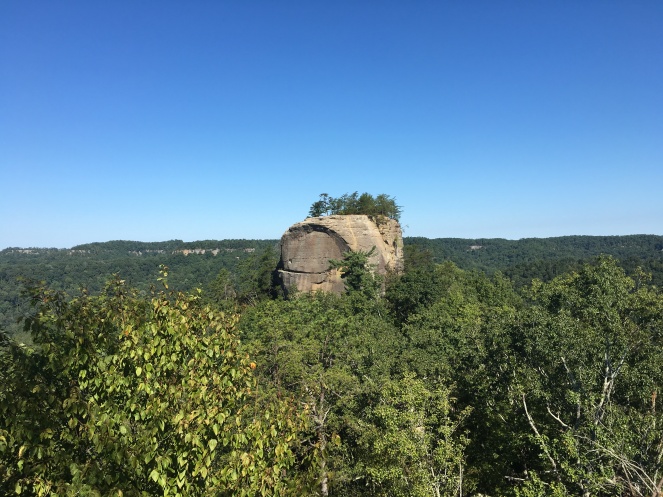 After one more stop at Miguel’s for some ice cream, we headed back to Louisville so I could teach a few yoga classes on Sunday and Monday. I was sad to go, but hopefully we have many more great hiking/camping weekends ahead of us this fall.